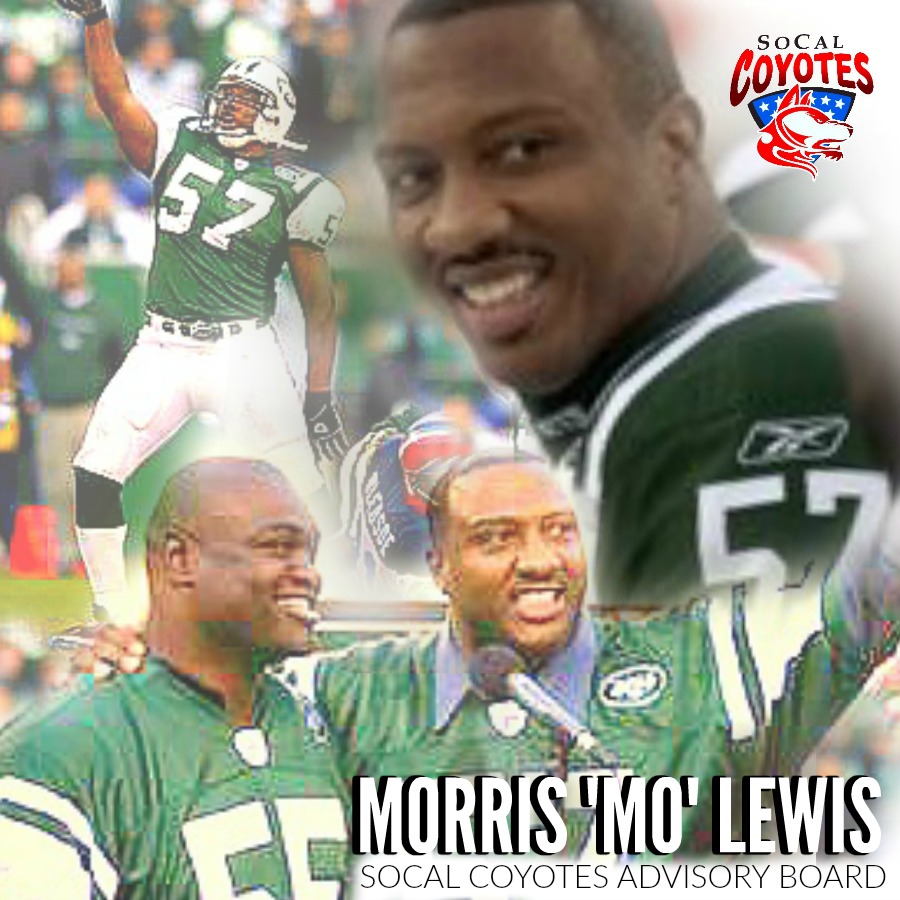 (INDIO) –Renowned New York Jets linebacker Morris “Mo” Lewis – voted recently as one of the ‘Top 25 Greatest Players in Franchise History,’ with the third-longest tenure – was appointed today to the Advisory Board of the four-time champion SoCal Coyotes sports leadership organization, headquartered in the Coachella Valley. 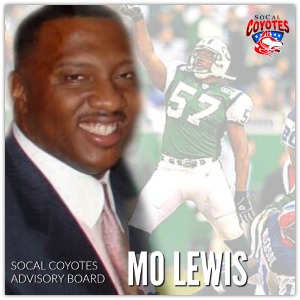 “Every man, especially every young man, has a peak and a valley,” said Lewis, a three-time Pro Bowler who played for the Jets from 1991-03. “I’m here to lead young men through that valley, with instruction, with knowledge, with leadership.”

Now in its fourth year of operation, the ‘Coyote Model’ of “Building Champions, Building Men” has become the nation’s leading prototype for developmental professional football.

Lewis, who starred collegiately at the University of Georgia, lives in Atlanta with wife Christalyn. His oldest son, Mo IV, plays basketball at the United States Naval Academy, while their younger son, Chris, plays at Harvard.

Lewis will be reunited with former Jets teammate Marvin Jones, another Coyote Advisory Board member who yesterday was promoted to Director of Pro Personnel. The pair officially retired together on the same day before a deafening and appreciative Jets Stadium crowd in 2005. With the Coyotes, they will be back on the field in various camps, and work together on the recruitment, evaluation and development of incoming talent.

THE SOCAL COYOTES are a national, faith, family and football organization dedicated to restoring hope in personal lives, families and communities. With priority on faith, fatherhood and family values, the Coyotes have been recognized for “Building Champions by Building Men.” Visit www.thesocalcoyotes.com and learn why the Coyotes were named ‘America’s #1 Developmental Football Program’ by The Football Educator, operated by former Denver Broncos GM and two-time Super Bowl winner Ted Sundquist, by clicking on ‘What We Do.’

ALL COYOTE MENTORS SHARE these key qualities – Ability and willingness to communicate what they know; Preparedness; Approachability; Availability; Ability to listen; Honesty with diplomacy; Inquisitiveness; Objectivity and fairness; and Compassion and genuineness.