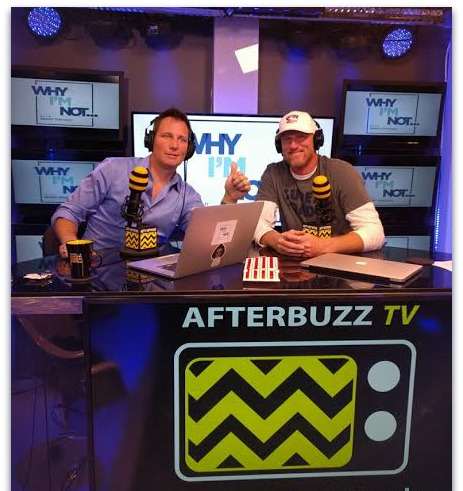 (LOS ANGELES) – SoCal Coyotes quarterback coach Todd Marinovich appeared recently on AfterBuzz TV, where the 1990 Rose Bowl champion and former Los Angeles Raider discussed how his career is now impacting thousands of youth through Coyote programs on and off the field.

AfterBuzz TV is an online broadcast network with over 20 million weekly downloads from over 150 countries. It specializes in after-show podcasts for a wide range of television series such as Mad Men, American Idol and Boardwalk Empire. The network produces over 100 hours of content per week and also produces “Spotlight On,” an in-depth, long-form interview series with stars and show runners.

Marinovich, whose extraordinary talents have been shadowed by bouts of addiction, has become a centerpiece in the Coyote Leadership Curriculum that annually touches more than 30,000 youth. Upcoming speaking engagements for Marinovich include Orange County high schools and Indio’s Juvenile Hall.

Coyote programs – now in their fifth year – include Readers are Leaders; Real Men Read; and Above the Line. All are supported and attended by members of law enforcement, prominent school district officials, and local civic leaders, often the respective mayors from our desert cities.

“Perhaps the greatest value in the powerful story of Mr. Marinovich is the unparalleled impact it has on our youth,” says team president Don West Jr. ” In providing Todd our platform to address the lives who need it most, we are also witnessing his own personal contrition, commitment and conviction – as he finds healing, too.”

DISCOVER how The Pro Football Educator, operated by former Denver Broncos GM and two-time Super Bowl winner Ted Sundquist, selected the SoCal Coyotes as America’s #1 Developmental Pro Football Program™.  Faith, family, football is the real mission of the Coyotes – and not surprisingly, something that dates back to the great Vince Lombardi in 1959. The Coyote mission of Building Champions, Building Men™ reaches deep into the development of young athletes as fathers, husbands, and men.