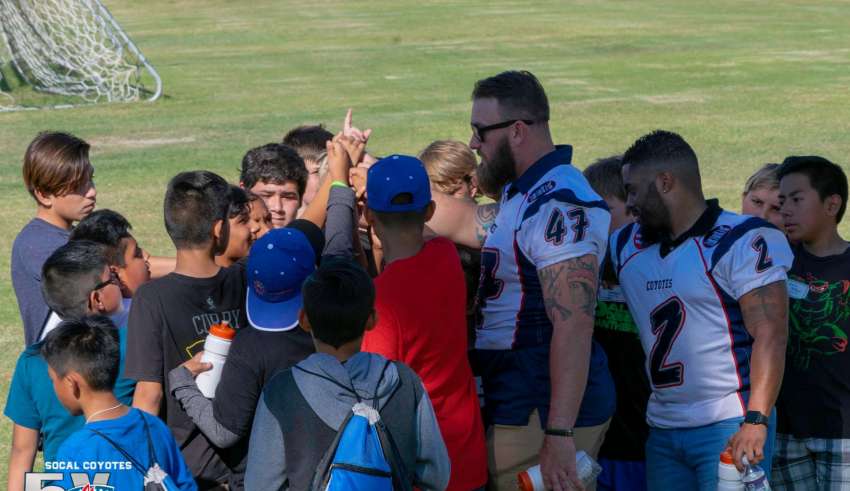 (RANCHO MIRAGE) – Players, coaches and staff of the five-time champion SoCal Coyotes headlined the ‘Rae of Hope’ Retreat for Boys at Palm Valley School this month, inspiring hundreds of participants with passion and purpose. 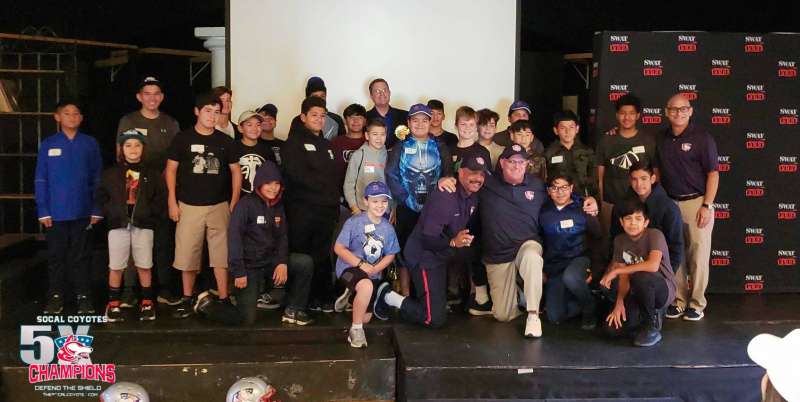 Hosted by the Bianca Rae Foundation, the day was a game-changer in the lives of scores of middle-school boys who were able to learn about life, love, leadership from inspiring men of the desert. Coyotes SVP Ron DiGrandi worked tirelessly with an array of Foundation volunteers to make the day a special one for every boy involved.

Over 150 gift bags were provided to the boys in attendance, with big thanks to volunteer and community leader Jack Srebnik, Owner of The Slice, JT’s Diner and Maracas.

America’s #1 Developmental Pro Football Program and five-time champion SoCal Coyotes were asked to perform their award-winning ‘Above the Line’ program, with an emphasis on anti-bullying.

Coyotes’ Athletic Director Robert L. Cummings led powerful group sessions that were packed with faith, hope and redemption. Head coach and non-profit founder J David Miller laid down the organization’s building blocks that begin in middle school for a life that is skillful, intentional, on-purpose and driven – or ‘Above the Line.’ 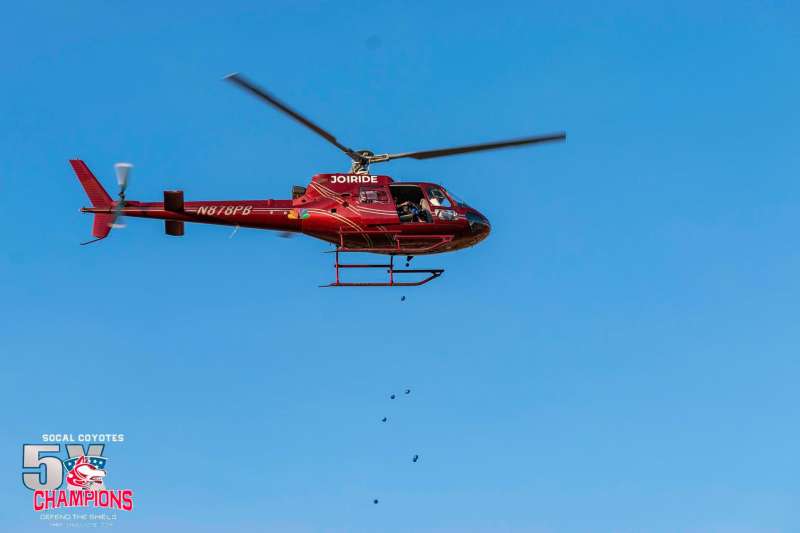 Thanks to JOIRIDE Helicopter Tours, the Coyotes were able to cap the day with a stunning event – Coach Miller and Director of Social Media Kailey Hamilton dropping hundreds of footballs from the air, as boys raced to get them.

The helicopter made several passes over the raucous crowd of cheering boys. The chopper then hovered briefly to allow Coach Miller and Miss Hamilton to hop from the spinning bird. All the players and coaches gave hugs and autographs until every boy was gone.

ABOUT THE BIANCA RAE FOUNDATION

Former desert news anchor Bianca Rae created the Foundation to give a voice to the voice-less, with youth guidance and protection of animals its key priorities.