Home Archived Posts An Inside Look at the Coyotes ‘Cincinnati’ 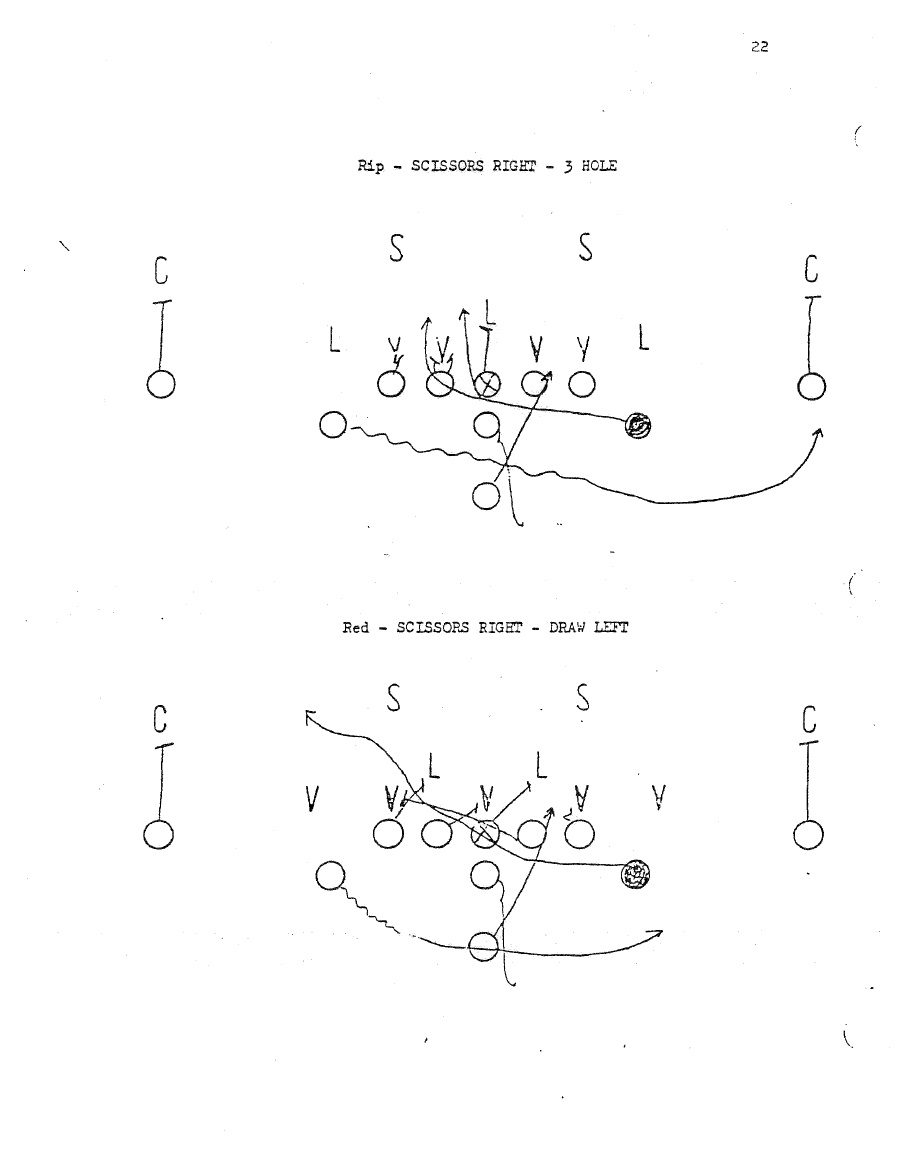 The only way to stop us from passing, say the Coyotes, is to allow us to run.  The nation’s number-one AAA offense set a team record last week with 257 yards rushing against the Las Vegas Cobras — with another 97-yard run called back for holding. The SoCal Coyotes Run ‘n’ Shoot uses a variety of running schemes out of their four-wide set, including the option. Believe it or not, the running game in the Run ‘n’ Shoot can be as quick-strike as the pass, even in come-from-behind situations. The reason? The defense is always spread so thin that a single mistake can result in a score.

The example above is the Cincinnati, one of the Coyotes’ many misdirection and counter run plays that take advantage of any quick, aggressive, and physical run supporting defense without having to challenge them ‘heads up.’  Once the runner “clears” the first level, defensive pursuit is significantly cut down, increasing the production of Coyote backs in the open field.