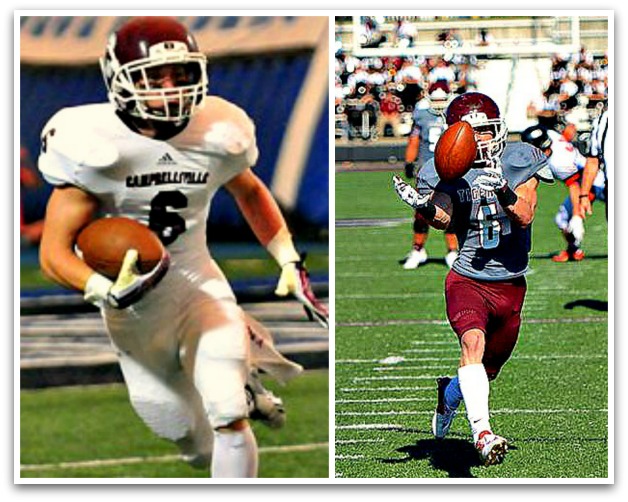 (INDIO) – The four-time champion SoCal Coyotes stayed true to their Run ‘n’ Shoot roots Tuesday with the signing of sensational, record-shattering Campbellsville University 2015 NAIA All-American slotback/kick returner Jarrod Harrington, an explosive game-breaker who started 42 games in his career, amassed 4,450 career all-purpose yards, and was the best in the nation this year with 1,993 total yards. 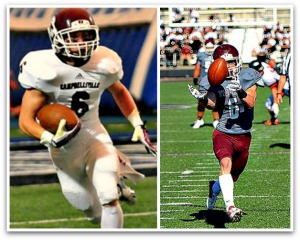 Harrington rejoins quarterback Jacob Russell, who signed with the Coyotes earlier this month. Russell is the 2015 NAIA Offensive Player of the Year at Campbellsville, where he and Harrington commanded the nation’s number-one NAIA offense. Russell and Harrington were major reasons Campbellsville claimed two straight division championships in two seasons at the school.

The education major becomes the fourth All-American signed this offseason by the  Coyotes professional non-profit sports leadership organization. The defending LCFL champion Coyotes, who went 11-1 last year, are chasing a fifth championship when they begin play this fall in the vaunted Southern California Football League, home to the nation’s top four teams.

The son of James Phillips and Katie Harrington, Jarrod joins the most heralded Coyote rookie class in franchise history. The Coyotes, who put up a club record 5,543 total yards last season, have reloaded the Silver Stretch with a stunning array of weapons that includes Harrington, All-American tailback back Dylan Peebles, and wideouts Chad Ward Jr. and Christian Collis.

Harrington attended Boyle County High School in Danville, Kentucky, where he led the Rebels to a two-time class 4-A state championship and a 30-0 record over those two years. He was also a first-team, all-conference corner, and played in the classic prep Kentucky v. Tennessee All-Star game, where he earned Defensive Player of the Game.

Jarrod was a volunteer for the ‘Breakfast of Champions’ program, where the top players in the area committed their free time to read books and talk to young kids about sports, life and faith.

Harrington reports to the Coyotes July 28. The team opens at home at Shadow Hills August 13, against the Central Coast Seminoles of Oxnard.