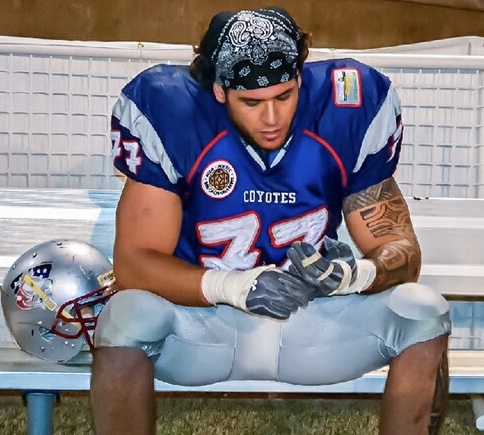 (PUNALUU, HAWAII) – SoCal Coyotes legendary offensive lineman Aaron Kia, who protected the blind-side of Nate ‘The Sheriff’ Lewis en route to the team’s second championship in fall 2013, was one of the Good Samaritans who helped rescue a woman whose car recently went off Kamehameha Highway and into the ocean in Punaluu. 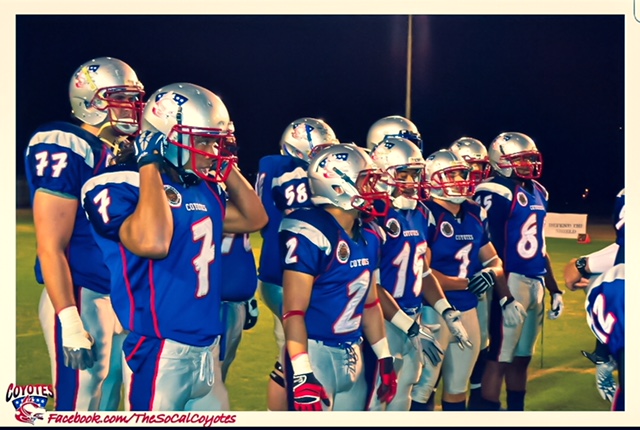 Kia, who was an offensive lineman for the University of Hawaii Rainbow Warriors from 2005 through 2009, said he was having a FaceTime conversation with his brother when he heard a car swipe the bushes across the street from his house.

Kia and a neighbor approached the car, which was in knee-high water in the ocean.

“But the tide was coming in, and the waves were pushing the car around,” Kia said. The waves were “splashing over the car. … I was able to open the door, get her seat belt off and pull her out of the car.”

The woman reportedly was treated and transported to an area hospital.

The popular Kia, who first played with the New York Jets and San Francisco 49ers before joining the Coyotes, now works as a tattoo and fashion artist. The former Junior Lifeguard said his training kicked in at the right time.

“I was doing whatever I hoped somebody would do for me if I were ever in a tight spot,” Kia said. “I’m glad we were there.”

The Honolulu Fire Department got the call at 8:45 p.m. and arrived in eight minutes. The woman was Kahuku-bound when she drove the white Smart car into the water, an HFD spokesman said.